The Influence and Modelling of Warping Restraint on Beams

Saint Venant established his theory of torsion (1853) by assuming axially invariant modes of tangential and axial (warping) displacements. In conjunction with known static boundary conditions, the equations of elasticity were satisfied leading to an exact solution for pure torsion. His theory assumes free warping displacement, and when this is restrained the torsional stiffness is increased depending on the cross sectional shape. The basic beam finite element formulation assumes free warping, but there are also elements that include a warping freedom thereby allowing warping to be controlled.

This article details a design scenario where the manufacturing of an I-shaped structural steel member was changed from rolled to machined. This change enabled thick, integral end plates to be machined to allow bolting to adjacent members. Prior to the design change warping restraint had not been considered but with the addition of integral end plates it became clear a study would be required to establish how warping restraint changed the (torsional) stiffness of the member. Beam elements were used to model the structural members and the influence of different element formulations on the structural response were compared. In addition, verified three dimensional solid models were used to provide validation for the beam solutions. To verify the modelling approach adopted, and to provide solutions that may be checked with closed-form solutions, members with other cross sections were also considered.

In preparing this article, benchmark studies on warping restraint were not found even in the documentation of ANSYS (the FE software used for this study). It is hoped, therefore, that this article might be useful to fellow structural analysts when considering how to model beams with warping restraint. 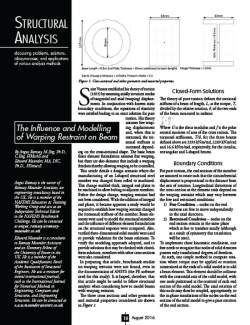 The following documents were supplied by Professor Chris Burgoyne of Cambridge University. 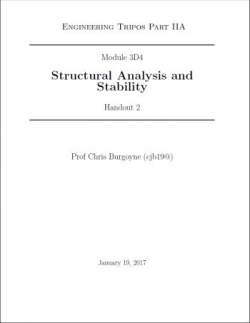