The Lame Finite Element is an element formulated by Angus Ramsay based on Equilibrium Finite Element (EFE) principles which provides exact and/or safe solutions to problems governed by the Lame Equations.

DPL automates the process of distributing a point force and/or moment applied at a particular node of a finite element model onto a cloud of surrounding nodes. The distributed nodal forces are statically equivalent to the point forces/moments. DPL is a console application which reads two files, one containing the node cloud and the second containing the force/moment vector(s), and outputs nodal forces for the nodes in the cloud. 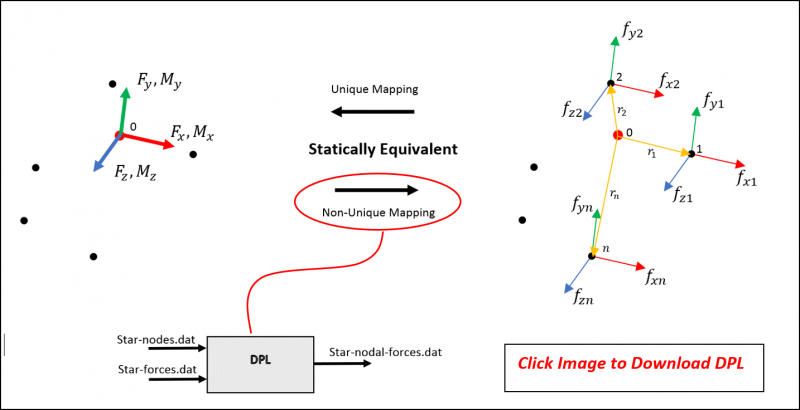