Angus completed a traditional indentured engineering apprenticeship (ICI) before studying at Liverpool, Exeter and the Robinson FEM Institute with a brief intervening period in automotive research and development. He conducted research in computational structural mechanics at IST in Lisbon (equilibrium methods) and Nottingham (yield-line techniques) which was followed by ten years industrial consultancy in mechanical engineering (turbomachinery). He is a founding member of NAFEMS Professional Simulation Engineer scheme and regularly interviews candidates for their assessment. He has written two books for the organisation with two more currently in preparation.

Angus has a PhD from the University of Exeter in computational structural mechanics, is a chartered engineer and Fellow of the Institution of Mechanical Engineers. He maintains an interest in research and development particularly in the field of equilibrium finite elements and has recently developed an equilibrium finite element for elastoplastic analysis and design of rotating discs.

Angus acts as a Technical Expert for HKA and is a qualified and experienced Expert Witness working both independently and for HKA.

Edward was born in 1942 and educated at the Universities of Cambridge and Imperial College, London. He worked for eight years in a structural consultancy which has been followed by an academic career at Exeter. His main research interest has been in the development and application of equilibrium methods in computation mechanics. He has recently completed a Leverhulme Trust Emeritus Fellowship and is currently an Honorary University Fellow of Exeter University. He was chairman of the Devon & Cornwall branch of the Institution of Structural Engineers (2006-7).

Alison is a highly experienced programme/project management specialist with a track record of successfully managing many high profile portfolios, programmes and projects within both the private and public sector. She uses an innovative approach with passion and commitment to using high impact programme/project solutions to achieve the strategic objectives using MoP/MSP/Prince 2 methodology. With over 25 years leadership expertise and business knowledge Alison has worked with clients and stakeholders to tackle their most complex and critical challenges at Portfolio, Programme and Project level.

Kieran is a mechanical engineering undergraduate from Cork Institute of Technology and has been awarded a European Grant under the Erasmus Scheme to work for three months with Ramsay Maunder Associates.

Delphine is a mechanical engineering undergraduate from Seatech, a French engineering school. She will be an intern at Ramsay Maunder Associates for three months in the summer of 2021, where she will work on Finite Element Stress Analysis projects.

After graduating with a degree in Mechanical Engineering from the University of Salford, Rob spent 16 years working in the Automotive Sector (Land Rover and Jaguar Cars) as a Finite Element Analyst. In 2001 he moved to the Aerospace Sector as an Airframe Stress Engineer (BAE Systems, Bombardier/Learjet and Aircelle) combining both Finite Element Analysis and Hand Calculation Methods to determine structural integrity. Adding to his multi-industry experience Rob has more recently entered the Nuclear Sector (Amec) as a Structural Integrity Analyst

Justin completed a traditional engineering apprenticeship before moving into higher education to study for a HND in Mechatronics. Justin then spent a period of 6 years at Swansea University, where he gained a Mechanical Engineering degree and was subsequently awarded an Engineering Doctorate based on the research of residual stress fields produced from high-speed processing of coiled products. He has dedicated the majority of his professional career to the Civil and Defence Nuclear industry and has experience covering a wide range of stress analysis and structural integrity including elastic Shakedown and Fatigue assessments of Class 1 Nuclear Pressure Vessels, Seismic, Shock, and Fracture and Fatigue Crack Growth.

Yunfei gained his first degree in mechanical engineering and manufacturing technology in China before moving into higher education in the UK to study for a period of 7 years at The University of Birmingham, where he gained his MSc in Mechanical Engineering and was subsequently awarded an Engineering Doctorate based on the research of "Multi-scale Nonlinear Constitutive Mathematical Modelling of Damage Evolution under Hot Metal Forming". His professional career and experience covers a wide range of academic research on "Die-quenching forming" and "Nano-modified Composite", and mechanical and steel structural design, thermal-stress, seismic, structural integrity FEA and defect tolerance assessment on various structural integrity assessment projects for nuclear power stations.

Dale is a degree qualified Chartered Engineer, a member of the Institution of Mechanical Engineers and holds Security Clearance. He has had a career spanning 30 years in the design and analysis of engineering structures/components specialising in stress analysis using conventional hand calculations and the finite element method. Dale’s career has encompassed a wide range of industries including Nuclear, Aerospace, Offshore Oil Industry, Air Filtration and power generation and he has considerable and recognised expertise in the design and analysis of lifting and transportation equipment. He holds several patents and has worked at a very senior management level within a multinational company.

Nick graduated from the University of Nottingham with a First Class Honours degree and subsequently moved in to engineering consultancy for the defence, aerospace and nuclear industries. He is a highly skilled, motivated and creative Chartered Mechanical Engineer, able to rapidly assimilate new skills and with a diverse background, including modelling, simulation and analysis of gas turbines, nuclear pipework, compressors, steel and concrete nuclear facilities, submarines and aircraft structures. With excellent communication and interpersonal skills and proven technical engineering capabilities in analysis and design. His career focus in the last 4 years has been seismic design, analysis and assessment of nuclear-related structures and equipment, and he is member of SECED.

Jeremy is a Nuclear Engineer from Argentina. His main background is the development of calculation codes. Before working in the nuclear industry he had performed research in two-phase flow instabilities and control of chaotic thermalhydraulic systems. He worked in the completion of the Atucha II Nuclear Power Plant developing a coupled calculation suite that allowed, amongst other things, to design a better algorithm for controlling the core power distribution against xenon instabilities. He wrote a free and open source finite-element solver from scratch fino and a web-based interface to run FEM analysis directly on the cloud.

Łukasz finished civil engineering studies with honours. Just after this he co-founded his first company dealing with the design of structural steel and in parallel started a PhD research project in the field of shell stability. During his PhD he fell in love with FEA design. After his PhD he got a postdoc position in his University where he developed a passion for teaching others. After 8 years he left a company he had co-founded to start Enterfea, where he can focus fully on Finite Element Method calculations and teaching others with courses and his blog. Łukasz has designed structures that were successfully built in over 20 countries on 5 continents.

Kirstin graduated with a Physiology degree 20 years ago and set up a personal training company which she still manages remotely. She developed a specialism in the rehabilitation of disabled clients and chose to pursue her career further in that direction, but from an engineering perspective. She completed a Masters in Biomedical engineering where her dissertation used FEA to look at femoral bone strain in amputees with percutaneous bone anchored implants. Following this she continued using FEA, again with amputees in her doctorate studies, but in dogs as well as humans to look at ways of improving the implant design. 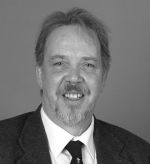 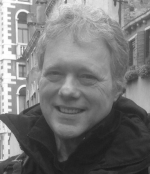 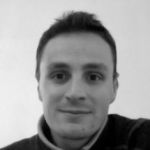 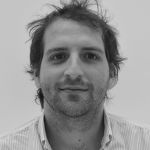 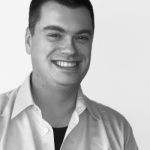